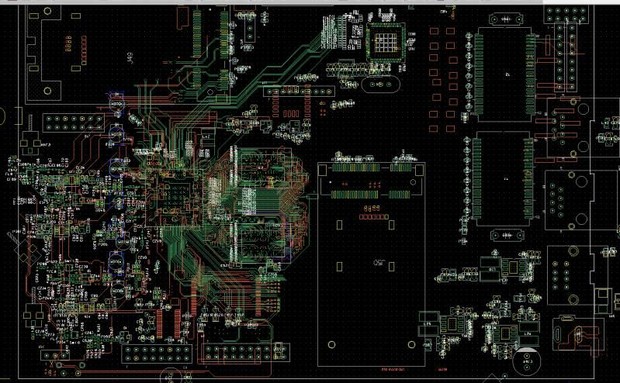 EyeSeeTea presented a proposal in partnership with the University of Western Cape (South Africa) for the FIRE Africa Grant. The University of the Western Cape is a national university of South Africa. It is committed to excellence in teaching, learning and research to nurturing the cultural diversity of South Africa and to responding in critical and creative ways to the needs of a society in transition. The funds for FIRE Africa grants come from multiple sources like the AFRINIC, Sida, IDRC and the Internet Society or Google. We were awarded the grant in 2016.

The University of the Western Cape (UWC) has been researching low-cost solutions to reduce the cost of communications in rural areas since 2003. Due to the financial inequality in South Africa, there are rural communities living on average individual incomes below 2 US dollars a day. Still, these populations consider mobile communications important enough to spend an average of 22 percent of their disposable income on these services. This income could also go towards food, education, healthcare, etc. Additionally, this high proportion of disposable income goes towards a a very constrained set of mobile phone services. Regarding data, only 22.2 percent of people report using Internet on a monthly basis, and those who do report report a very constrained use of it. To propose a solution to this market inefficiency, UWC partnered with Mankosi, a rural community in the Eastern Cape province, to create Zenzeleni Networks Mankosi (ZNM) in 2013. ZNM initially focused on the provision of voice services and a WiFi mesh network consisting of 12 routers deployed in Mankosi by community members with the assistance of students from UWC. From analogue phones connected to the WiFi routers, free intranet VoIP calls, and breakout calls could be made at half the price offered by the Mobile Network Operators. Therefore, this work has led to establishing the firstbottom-up operator in the South African regulatory framework, setting a legal precedent for other bottom-up operators to follow.

Community Networks have always depended on modifying existing off-the-shelf routers to adapt them to their particular needs. The impossibility of replacing pre-installed software in off-the-shelf routers is an obstacle for every community that has deployed a network, as well as for every community that wants do so in the near future. For this reason, the University of the Western Cape and the partner organizations in this project deem it necessary to solve this issue by letting the communities regain control over the hardware platforms they need to continue developing their self-provided communication network projects.

The Libre Router project produces a high performance, multi-radio wireless router targeted at Community Networks’ needs. EyeSeeTea joined this initiative to empower community networks by giving them an open software and open hardware router that could be cut from market needs.

Based on our design, new open hardware and open software wireless routers have a new power-saving strategy. We also developed a new application with a hybrid technology that controls phone communications by informing the user about the cost and letting her/him to choose the cheapest strategy (either via the community network or the GSM network, depending on the phone company).

The characteristics of this router allowed for a big improvement in performance in mesh networks due to the use of dual 5Ghz radios. This important characteristic is only available on the market at a much higher price range. The chipset used for the router was selected with stability and robust efficiency in mind. Main characteristics of the LibreMesh firmware include:

Scroll back to top
We use Google Analytics which uses cookies to track web visits. If you continue to use this site we will assume that you are happy with it.OKNoPrivacy policy
Revoke cookies